If you are aspiring to own a billion-dollar business in India, then IIT is one of your best bets. And this statement is because the most profitable unicorn startups in India are owned by IITians. Explore more top syndicates in India for more information on it.

Yes, you heard it right. According to premium research institutes like Sage – a UK-based research firm and payroll company, Indian Institutes of Technology (IITs) are the fourth largest producers of unicorn startups.

What is Unicorn Club in India?

Unicorn club is the name of those startups whose value is over $ 1 billion. As of July 2022, there have been more than 1100 unicorn companies globally, out of which 100 were Indians. And out of those 100 unicorn clubs, 73 such companies have at least one founder member who has been an IIT alumnus.

In the last two years, India has become a hub for Unicorn companies producing more than 100 Indian unicorns. Out of these, fifty percent of these startups are owned by IIT graduates from various IITs. This 50% consists of IITans, of whom 30 are from IIT Delhi, 18 from IIT Bombay, 16 from IIT Kanpur, and IIT Kharagpur and IIT Madras alumni. They have been a part of most profitable startups.

Some of the most profitable startup’s list consist of well-known names like Flipkart, Mu Sigma, InMobi, Paytm, and Snapdeal. Here is a list of successful startups by IITians in India.

Most profitable Unicorn Startups in India

Flipkart is a well-known e-commerce company launched by Sachin Bansal and Binny Bansal in 2007.

Sachin Bansal and Binny Bansal are from Chandigarh, and went to IIT Delhi. Initially, they both worked in different companies and then worked in Amazon. In fact, Amazon was the place where they both decided to establish their own business.

In 2007, they raised INR 2 lakhs and launched a website that initially started selling books from retailers. They launched this website when Indian customers were still skeptical about the e-commerce platforms.

Later, they successfully started selling all the retail products through this platform. The success of Flipkart lies in the effective supply chain management that helped on-time delivery of products.

In fact, Flipkart was the only platform that provided the option of “cash on delivery” in those days, which is used effectively amongst most e-commerce websites today.

Currently the company claims to have around fifty million customers who purchase almost everything from electronic gadgets to clothing or accessories and many more products, making Flipkart one of the most profitable unicorn startups.

Currently, the company is well-known for being one of the successful startups by IITians making the company one of the largest e-commerce marketplaces with over 50,000 brands and merchants with customers from more than 4000 cities/towns across India.

This company has successfully registered its name in the list of fastest growing unicorn startups in India.

Ola was launched by Bhavish Aggarwal and Ankit Bhati, who hail from IIT, Mumbai. After six years of leaving their campus, the duo decided to start their own business.

Bhavish had initially joined Microsoft, but got tired of 9 to 5 routine jobs. He later thought of resolving the commuting problems of urban Indians with the help of technology.

Later in 2010, he was accompanied by Ankit Bhati, also an IITan. He completed his M. Tech from IIT Bangalore and joined Bhavish in his new startup as a co-founder.

The duo saw a rapid growth with their hands-on approach and soon in 2011 they raised angel funding for further expansion in other cities of the country. In 2016, they bought TaxiForSure for two hundred million.

Zomato is one of the most talked about startups and has been enlisted as one of the fastest unicorn startups in India. The company was launched in 2008 by Deepinder Goyal and Pankaj Chaddah, alumni of IIT Delhi.

Deepinder Goyal and Pankaj Chaddah completed their graduation and joined Bain & Co. in Delhi, where both got acquainted. Their eating outside food and their colleagues’ plight of sharing take-out menus gave them a new business idea. While initially, they had been sharing the scanned menus at the office intranet, they gave it a thought and further decided to launch a new business with a similar idea in 2008.

In 2008, they initiated the business of an online restaurant discovery platform called “Zomato”. In comparison, they continued their day job until the website got popular.

Currently, the website is operational in 20 countries with over 1000 employees, catering to around 35 million users per month, making the company one of the most profitable unicorn startups.

InMobi was launched in 2007 by IIT Alumni Naveen Tewari, Mohit Saxena, Amit Gupta, and Abhay Singhal. While Naveen, Amit and Abhay are from IIT Kanpur, cofounder Mohit is from IIT Roorkee.

InMobi’s operation initially started from a one-bedroom flat in Mumbai. The initial idea of a business popped up in the mind of Naveen, who later shared it with Abhay, who was his close friend and batch mate at IIT. The duo felt that the new business idea was workable who were later joined by other IITians Mohit and Amit, who later moved to Mumbai to work together.

InMobi helps consumers to discover new products and services and provides relevant and curated recommendations for searches on mobile apps. The platform is created on a cloud-based technology to launch mobile ads with a single click on the device.

Currently, InMobi claims to have 800 million users across 165 countries, making it one of the successful startups by IITians. 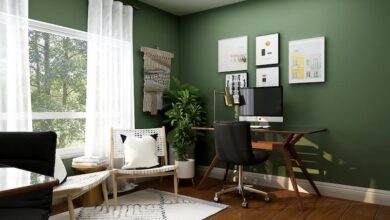 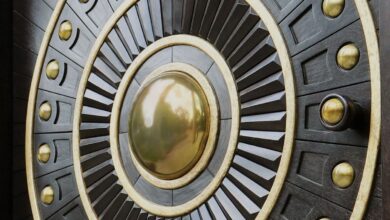 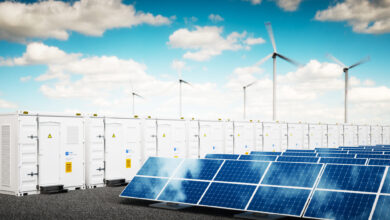