Sea salt is salt produced by evaporation of sea water. Like all salts, its main component is sodium chloride. However, with the exception of sodium chloride, the mineral content can vary. Minerals found in one part of the world are very different from minerals found in another. For example, sea salt may contain traces of lava if it was mined in volcanically active areas such as Hawaii.

Sea salt is obtained by evaporation of salt from ponds (lakes) and modern methods. These ponds are shallow lakes with a very large surface area. The ponds are deliberately large and shallow to speed up the evaporation of the salt.

Sea salt can vary greatly in color, from gray to pink, black, and even greenish, depending on where it is produced. This is influenced by other substances in the ocean, such as clay and even algae. The grains are usually larger and coarser than those of ordinary table salt. Table salt is often highly refined and can be treated with chemicals to make it white. Table salt may also contain additives such as anti-caking agents. Sea salt crystals are usually more moist or wet than Himalayan salt crystals. Sea salt crystals do not dissolve quickly and therefore give food a crunchy flavor.

In its unprocessed form, sea salt is considered by many to be healthier than table salt. It consists of many minerals such as potassium, zinc, and iron. These are essential for maintaining good health. However, there is no evidence that this salt is healthier than regular table salt. Some gourmets think that sea salt is better than table salt because it is less granular and gives food a slightly different flavor due to the different minerals it contains. Studies have shown that there is no significant difference in taste between sea salt and regular table salt.

What is Himalayan salt?

Himalayan salt is salt mined from the mountain massif in the Punjab region of Pakistan. The salt comes from the sea, but from a sea that existed millions of years ago in the Cretaceous and Permian periods. The sea covered the land, the water evaporated and the salt deposits, which are still mined today, remained in the ground. In addition to sodium chloride, metals such as chromium, copper, zinc, iron, and lead may also be present. Analyses of Himalayan rock salt have found as many as 10 elements. The salt may also contain magnesium, potassium, calcium and sulfate.

The salt does not need to be extracted from water because it evaporated millions of years ago. This means that the salt must be extracted from the mountains where it is mined. Miners use traditional methods to extract the salt. The largest mine is near Khevra in the Punjab province.

The color and grain of Himalayan salt:

Himalayan salt can be used to flavor food, but may first need to be refined to remove dangerous impurities such as lead and copper. Salt slabs are used to make stones for cooking and serving. Lamps are also made from salt blocks by placing a lamp inside a hollow block of Himalayan salt. Salt is also used as bath salt and in various other areas. A Beautiful Glaze on Chicken (Marination) 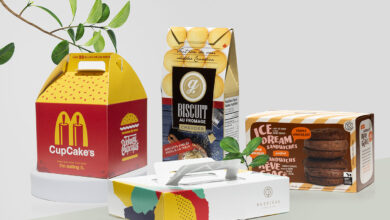 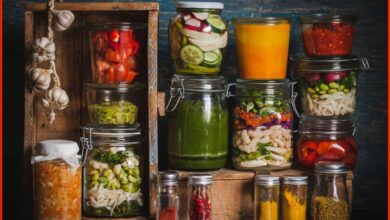 What are Bottled and Jarred Packaged Goods? 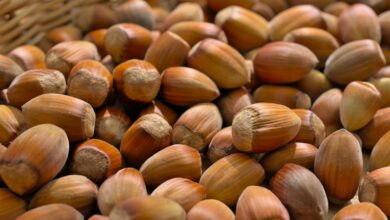